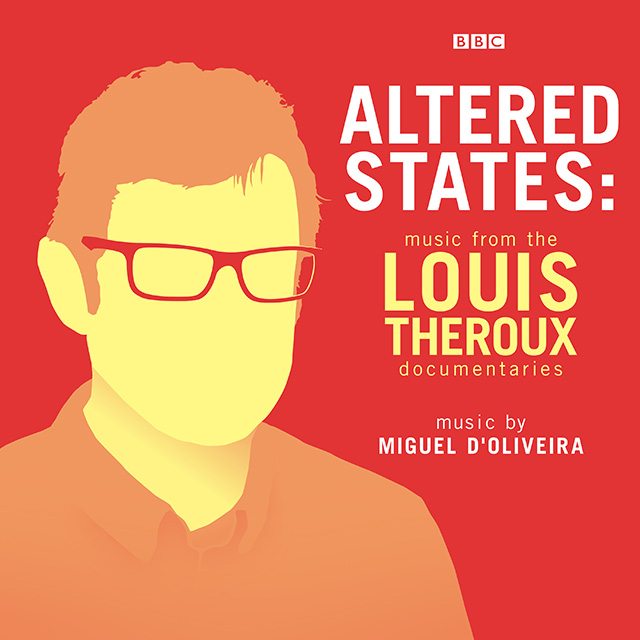 The tracks on this album come from seven Louis Theroux films, first broadcast on BBC Two between 2018 and 2020. Handpicked by the composer, the album features music themes from the BAFTA winning series Altered States, encompassing themes of birth, love and death, as well as Theroux’s latest documentaries about consent, sex, religion and motherhood. Curiously compelling, observant and cordial, the programmes offer collision between Theroux’s rational approach and emotional themes and subjects.

Miguel d’Oliveira graduated with an MA in Composition for Film at the NFTS in 2007. After graduating, Miguel’s first commissions included several documentaries for television before landing the job of scoring a 5-part docudrama The Queen for C4. Since then, Miguel has honed his craft writing music for a number of documentaries and documentary series, including The Bible: A History (C4), Battle of Britain (BBC1), Simon Schama’s Shakespeare (BBC), The Met: Policing London (BBC), First Dates (C4). Miguel has also written for drama productions, including the 6-part mini-series Homefront (ITV), based on the experiences of army wives in the UK, and two episodes of Merlin (BBC). Most recently Miguel released his score to the original television soundtrack to Michael Palin in North Korea.