Doctor Who: Revolution of the Daleks 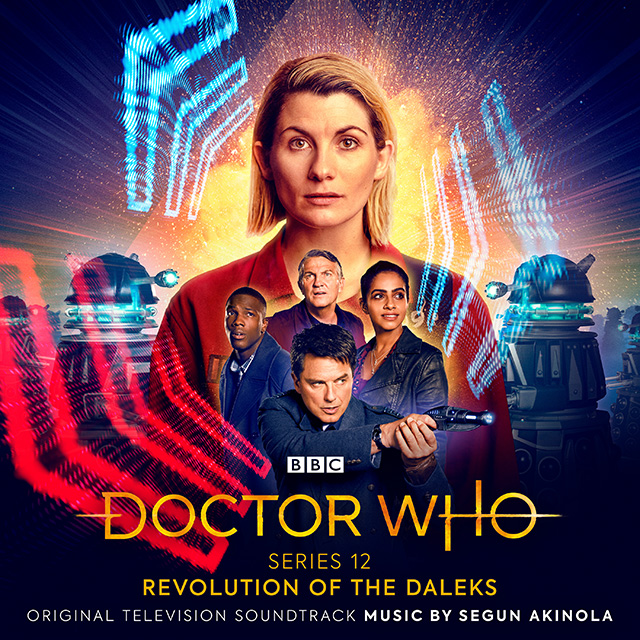 Doctor Who: Revolution of the Daleks
Music by Segun Akinola

2021 New Year’s Day special – Doctor Who: Revolution of the Daleks

“We’ve crammed this year’s Doctor Who special with an explosion of extraordinary acting talent. Where else would you get British acting royalty, a globally renowned US screen star, an (inter)national treasure of stage and screen and one of Britain’s hottest young actors – just in the guest cast! Put those together with Jodie Whittaker, Bradley Walsh, Mandip Gill and Tosin Cole (and Daleks! Did I mention Daleks!) – and you get a cast to be exterminated for. And things will explode. Promise.” – Chris Chibnall, Executive Producer

Composer Segun Akinola comments – “Revolution of the Daleks is an emotional rollercoaster full of action, tension, old friends, old enemies and some heartfelt goodbyes, all of which are accompanied by music that utilises many of the musical themes from Series 11 and 12, and very often moves from a solo cello to orchestra, and much more in-between. It’s a ‘special’ in every sense of the word and I’m pleased that we’ve been able to release the entire score as I really wanted it to be readily accessible to those who’ve enjoyed listening to the Series 11 and 12 albums. So, if that’s you, thank you – this album is dedicated to you!”