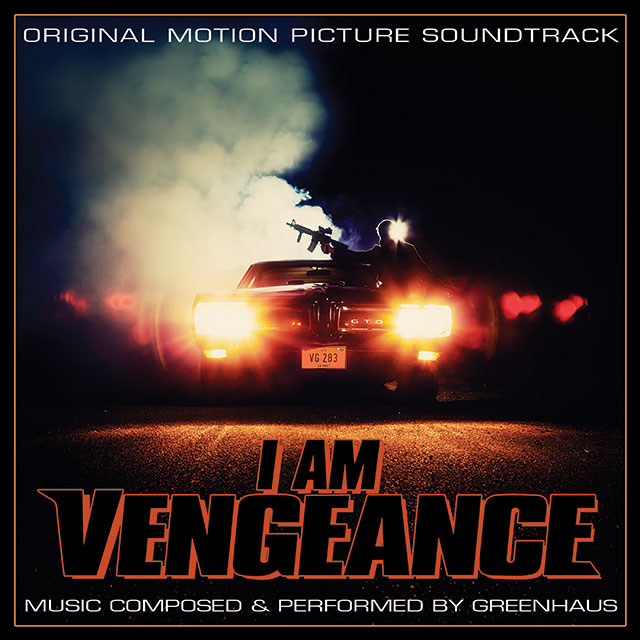 REVENGE HAS NO LIMITS

When ex-soldier turned mercenary, John Gold, learns of the murder of his best friend, he sets off on a mission to find out what happened. What he discovers is a sinister conspiracy and he sets about taking down those responsible one by one.

“…stellar score by Greenhaus. It throws it back to the days of old when Tangerine Dream and others filled our action films with some great synthesizer led music. It almost has a horror film feel to it in some parts similar to John Carpenter’s iconic themes which kind of makes Bennett’s Gold look like a vengeance seeking version of Michael Myers. To say that I loved that aspect of it would be a drastic understatement.” – actionflix.com

“The soundtrack is a high point in the production. When it rocks, the music is toe tapping good.” – itsjustmovies.com

What would the chemical reaction be if you melted down The Doors and Public Image and mixed in Brian Eno and Kraftwerk? You get Greenhaus.

Electronic rock band Greenhaus’ music rages with both synthetic – as well as organic – power, with nods to the sprawling oscillations of Tangerine Dream and the brooding soundtracks of John Carpenter but with a deeper more primal pulse that only a band can deliver.

The film is an action packed roller coaster ride, knowingly in the style of Cannon films of 80’s starring the likes of Chuck Norris and Charles Bronson.

The band immediately clicked with Director Ross Boyask and Producers John Adams and Diane Shorthouse on the direction the music could take to evoke both the past and push the genre forward.

“Greenhaus have created a bold, innovative, timeless score, blending pulsating, sometimes haunting synth sounds with acoustic instrumentation and ambient soundscapes that help drive I Am Vengeance and our anti-hero John Gold, along on his mission, and I can’t wait for you to hear (and see) the results.” – Director Ross Boyask