Music From The Hunger Games Saga 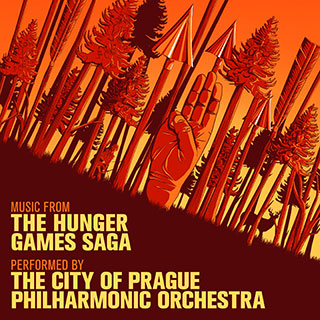 Performed by The City of Prague Philharmonic OrchestraFollowing in the footsteps of Harry Potter, The Hunger Game novels have become a worldwide publishing sensation followed by a series of four films which have grossed close to $3 billion.

In a 30 year career his range of composition has been formidable. Scores include The Prince Of Tides, The Fugitive, Batman Begins, King Kong, I Am Legend, The Dark Knight and the worldwide TV hit ER.

His work has received eight Oscar nominations and he has been named BMI Icon at this year’s BMI Film & TV Awards.

The fifteen tracks assembled here from the film series, in this unique set, highlight his epic composing skills. Performed by The City Of Prague Philharmonic Orchestra, one of the most respected and recorded orchestras in the world, this collection represents some of the most skillful and exquisite symphonic music in cinema today.

THE HUNGER GAMES: MOCKINGJAY, PART 2
13. Your Favorite Color Is Green
14. Primrose
15. There Are Worse Games to Play / Deep in the Meadow / The Hunger Games Suite