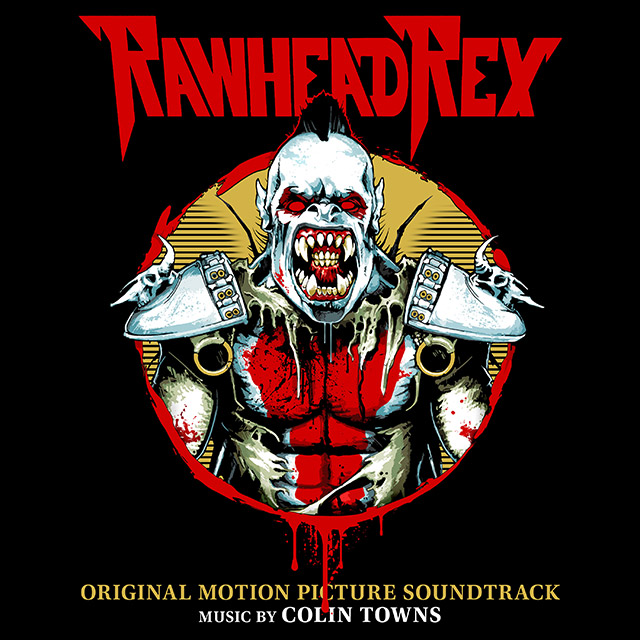 Rawhead Rex is a nuanced and lush horror score from a hugely talented composer at his best. The sound of the score grows and withers; from pastoral melodies to screaming brass and orchestral cacophony, back to clear harmony and fragile lines, bringing anticipation and dread to all the right points in the story. The music afterthought, There is a Green Hill Far Away, dissolves the mass of sound into the creepy and fragile, hymn-like vocal track.

This enjoyable creature-feature is based on a short horror story by Clive Barker (Hellraiser) and directed by George Pavlou. Released in 1986, the story of Rawhead Rex is set in 1980’s rural Ireland. The Demon, alive for millennia and trapped in the depths of hell, is unleashed on the sleepy local farming community. Remembered faintly through pre-Christian myth, the only one that can stop Rawhead’s bloody rampage is the historian, desperately racing against the time.

Composer Colin Towns is not only one of Europe’s most prolific film, television and theatre composers, but also a pianist, songwriter, arranger, producer and collaborator. His name has graced the credits of many prestigious and popular features.

“The first film I scored was Full Circle which starred Mia Farrow and is still in the BFI top ten for best score for horror films. I felt that film was more of a dark scary mystery. Rawhead Rex on the other hand was clearly a horror film 100%. I visited the film set in Ireland during the filming to take in the atmosphere and meet the actors after which I decided to record the music at CTS in London with a sixty piece orchestra plus electronics. I have always orchestrated my own work and had a wild time with Rawhead which is what I really love doing”. – Colin Towns

Tracklist
1. Rawhead Rex Main Theme
2. Welcome to Ireland
3. Rawhead Appears
4. Nicholson’s Farm
5. “Just you wait”
6. Boy Runs For His Life Through The Wood
7. Minty – “gotta pee”
8. The Vicarage
9. The Family is Leaving
10. Gussing Opens Book
11. Howard Discovers a Strange Glass Window in the Church
12. Declan Goes Wild in the Church
13. Howard Discovers the Power of the Stone
14. Rawhead Rex End Credits
15. There is a Green Hill Far Away