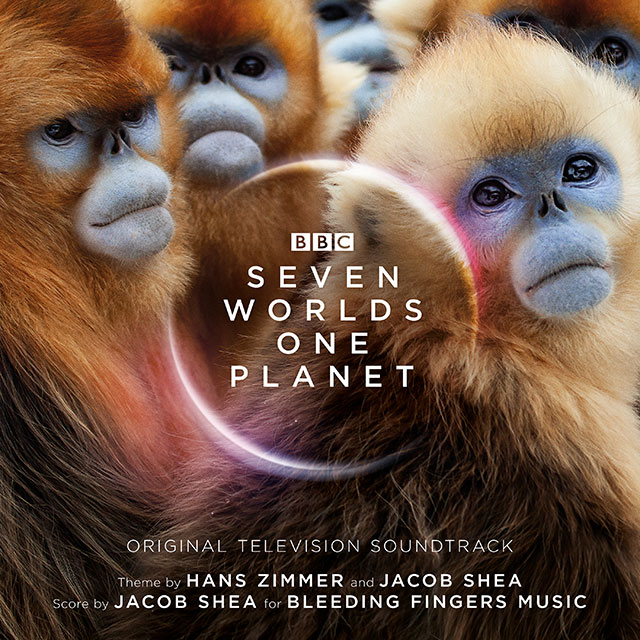 Hans Zimmer has scored more than 200 projects across all mediums, which, combined, have grossed more than 28 billion dollars at the worldwide box office.

Hans Zimmer says: “Following up Planet Earth II and Blue Planet II was no easy task, but the BBC have outdone themselves yet again with the magnificent Seven Worlds, One Planet. It was a true honour to return to the series to compose the theme with Jacob Shea for Bleeding Fingers Music. These stories of nature are so important for us to show and preserve for future generations, and I am honoured to be a part of spreading this message”.

This is an expanded edition of the Seven Worlds One Planet soundtrack that was previously released digitally, further exploring Hans Zimmer and Jacob Shea’s music to the series.

“Cameras took us intimately close to the animals, then pulled overhead for drone shots, then even further to satellites showing the Earth’s curvature. They took us into the air and under the sea, soaring and sweeping, accompanied by Hans Zimmer’s suitably epic score and Attenborough’s whispery narration – a sound which has become as reassuringly familiar as our own breathing.” – The Telegraph