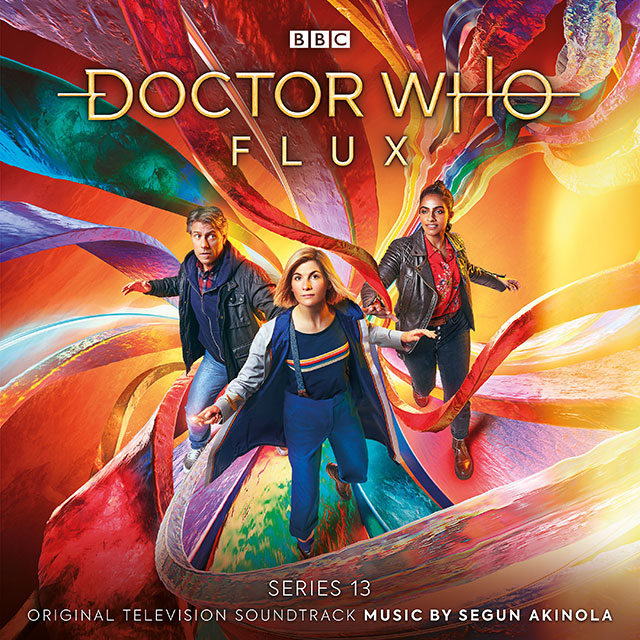 Debuting at Halloween 2021, Flux was the first Doctor Who series in 36 years to tell one complete story across its entirety, rather than self-contained episodes. Jodie Whittaker returned for her third and final season in the title role.

Segun Akinola is a composer for film and television who has strengthened many projects with his musical acumen. He is most known for his music in the latest series of Doctor Who, starring the first female Doctor, Jodie Whittaker. Segun’s work is a key immersive tool for showrunner Chris Chibnall and series directors to establish the many adventures the Doctor and her friends travel on. These include the impressive 80s influenced electronic score for The Tsuranga Conundrum to the heart-wrenching Demons of the Punjab which utilised specialist Indian musicians and orchestra, all recorded at Abbey Road Studios. He also scored the critically acclaimed Doctor Who VR experience, Doctor Who: The Runaway.