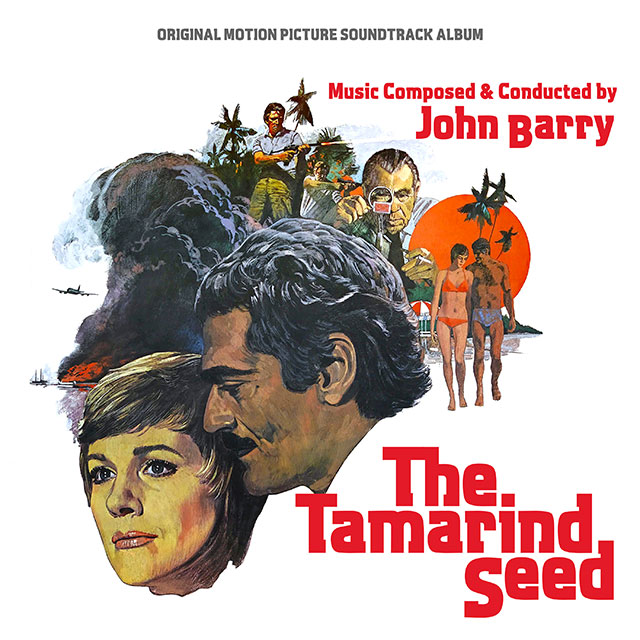 During John Barry’s 40 years of creating memorable film scores and theme songs, most of these have resulted in soundtrack album releases, with the one notable exception being the 1974 romantic spy thriller The Tamarind Seed. Silva Screen Records is pleased to release The Tamarind Seed, the first official release, in physical and digital formats.

Though an official soundtrack album was apparently never planned, the tracks selected for this release include all the major cues used in the film, together with Wilma Reading’s commercially released single. Included are two different versions of ‘The End’, with lyrics by Don Black and as performed by Danny Street, and different versions of both main and end title themes. Upon the original release LA Times described Barry’s score as “lush” whilst Variety, singled out the quality of the song by predicting “plenty of air and juke-box plays”. Entertainment Focus comments on the effect of the score on the listener as “likely to repeat in your head for days after watching the movie. Barry strongly captures the romantic element of the story, and his melodies are beautifully translated by the orchestra.”