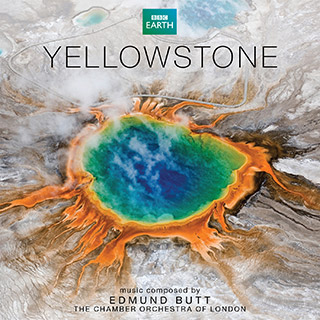 Music Composed by Edmund Butt
The Chamber Orchestra of London

Composer Edmund Butt’s evocative and epic Award-winning score to BBC TWO’s flagship nature documentary series. Originally transmitted on BBC2 in 2009 in a Sunday night prime time slot the series attracted the highest rating for a natural history series for the channel in over five years. Edmund Butt’s music won
Best Original Score at The RTS Craft And Design Awards with the accolade, “This powerful score matched the visuals effortlessly whilst not being over played. The end result was both bold and epic”.

Edmund Butt’s film credits include The Dark and 24 Hours In London alongside TV work that includes Mistresses, Ashes To Ashes and The Suspicions Of Mr. Whicher. Previous releases include his fine work on the Doctor Who origins drama An Adventure In Time And Space and the popular BBC zombie fest In The Flesh.